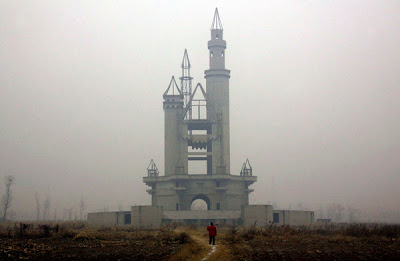 Several news outlets have published images by photographer David Gray of the abounded construction site of an amusement park called Wonderland in China. Despite the economic and construction boom in China, these photos are haunting and sign that some of the country's growth is poorly managed.

Gray discovered the late 1990s remains of the Wonderland amusement park last December. Starting in 1998 it was planned as the largest theme park in Asia by Reignwood Corp (a Thai-owned property developer), the site is now a ghost town surrounded by the reclaimed crop land of local farmers. Wonderland, located 20 miles outside of Beijing, was to be 120 acres.

Trouble begin in 2000 when the developer, local government and farmers could not agree on the value of the land. Attempts to restart the project in 2008 also failed. The developer eventually moved its concentration to a golf course and a chain of luxury hotels while Wonderland lay in waste.

Today those willing to access the abandoned site will find the skeletal remains of a palace, a castle and the steel beams of what was to be an indoor playground. 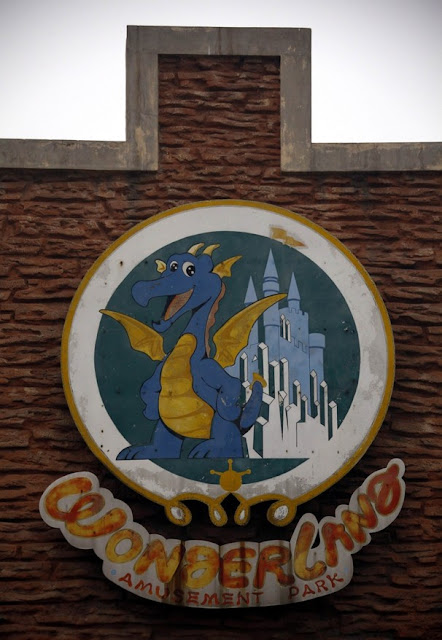 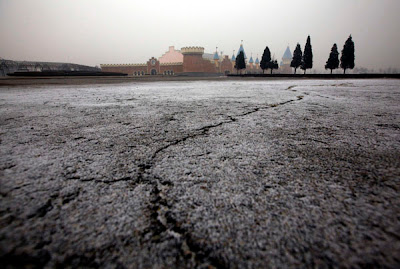 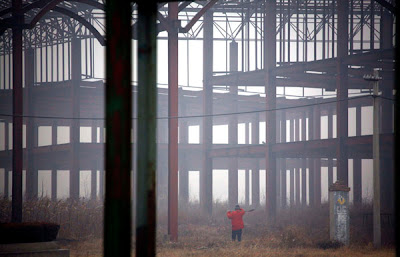 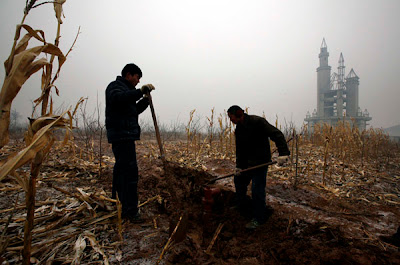 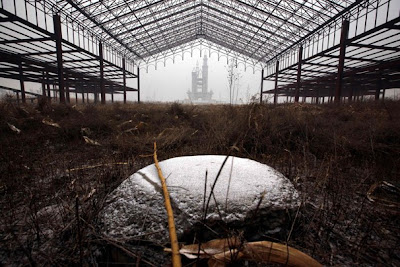 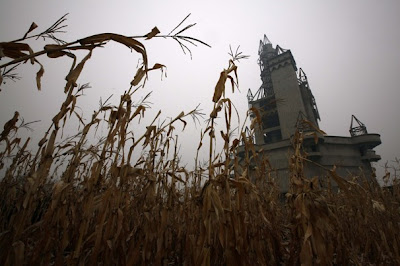 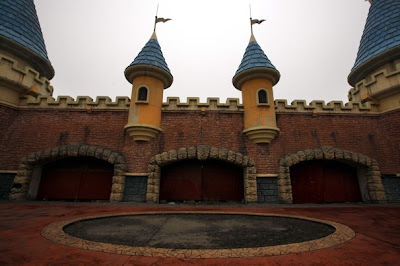 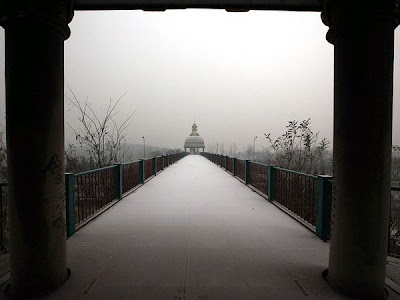 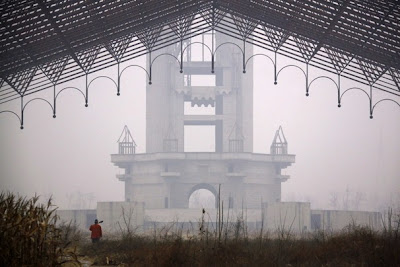 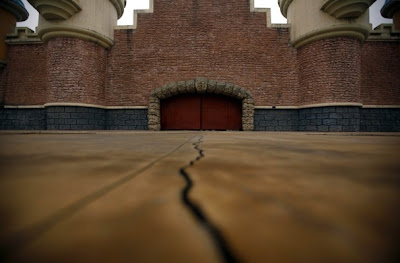 Posted by The Hopeful Traveler at 6:27 PM 0 comments

Malaysia Airlines has made a controversial announcement that the economy section on the upper deck of their forthcoming A380 super jumbo jet will be a kids-free zone. Last year the airline announced it will not accept infants in the plane's first class cabins.

The upper deck economy cabin hold 70 passengers. Also on the upper deck is business class and it is yet unclear if any infants or children will be allowed to fly in the part of the plan. If the same rules apply to business, then all infants will be only be allowed on the lower deck.  The airline's A380 is scheduled to make its debut on July 1st.

It's heated debate between parents who travel with their children and others who seek a respite on the plane away from any young ones. The airline already bans infants from the first class of their 747 jumbo jets.

Visit malaysiaairlines.com to learn about the Asian government-owned carrier. The airline is based in Kuala Lampur and flies in Southeast Asia, East Asia, South Asia, Middle East and between Europe and Australasia. The airline also operates transatlantic flights to Los Angeles via Tokyo.
Posted by The Hopeful Traveler at 6:13 PM 0 comments 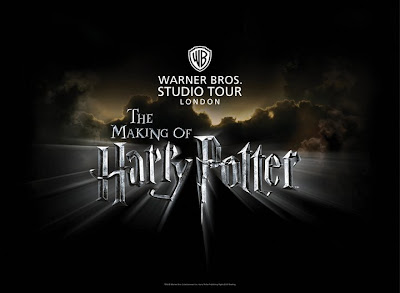 In contrast to the Wizarding World of Harry Potter at Universal Studios's Orlando Island of Adventure, is the studio tour that opened this week outside of London where fans can get a behind-the-scenes tour of the Leavesden Studios in England where Warner Bros filmed the seven-book series. Five years after the last book by J.K. Rowling and one year after the last movie, the magic of Harry Potter lives on.

Thank goodness for digital cameras. Fans of the books and films like myself will be snap happy trying to capture the experience in photos.

Visitors to the attraction will experience a three-hour self-guided tour of the sets, props, costumes, models and special effects exhibits from each of the eight "Harry Potter" films. The main attraction is a 50-foot-long model of Hogwarts Castle used primarily to film aerial photography seen in the movies. The castle was created by 86 artists and crew who worked on the 1:24 scale model that features 2,500 lights, hinged doors, miniature birds and live plants. Visitors will be able to view the castle in a day-to-night cycle every four minutes.

Other sets in the tour include:
Some of the props on display includes: the triple-decker Knight Bus; Harry's Nimbus 2000; 160 pairs of glasses and 70 wands Daniel Radcliffe used during the eight films; and creatures (Buckbeak the Hippogriff; Aragog the giant spider; Fawkes the phoenix, the giant Basilisk snake).

The studio is located 20 miles outside of London and tickets must be purchased in advance and cannot be pursed at the door. Visit wbstudiotour.co.uk for more information.

Posted by The Hopeful Traveler at 11:34 PM 0 comments

New ABBA Musical Not A Sequel to 'Mamma Mia!' 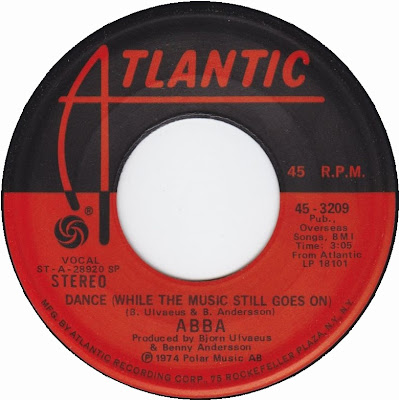 The long-awaited follow-up to the successful 'Mamma Mia!' stage musical utilizing the songs of ABBA will not be a sequel and will involve a new creative team including director Matthew Warchus. Titled "While The Music Still Goes On," producers announced that twenty-two ABBA songs will be featured and will include the group's hit songs, album cuts, B-sides and songs released as extras on compilations or special editions. The confirmed numbers include:

"I Am The City"
"Another Town, Another Train"
"Two For the Price of One"
"People Need Love"
"Angeleyes"
"Love Isn't Easy (But It Sure Ain't Hard Enough)"
"Hasta Mañana"
"I've Been Waiting For You"
"Lovelight"
"Summer Night City"
"Why Did It Have To Be Me"
"Cassandra"
"Fernando"
"Dream World"
"You Owe Me One"
"Intermezzo No. 1" (titled "Intermezzo" for the musical)
"Arrival" (new lyrics)
"From A Twinkling Star To A Passing Angel"
"My Love, My Life"
"Move On"
"Dance (While The Music Still Goes On)"
"The Way Old Friends Do"

In contrast to 'Mamma Mia!' the book of the new musical by American playwright Perry Lawrence ("Old Schoolyard") will not be a comedy but a bittersweet romance between two people who thought that true love for each of them was long lost. They find themselves neighbors when she moves into an apartment in the same brownstone where he resides. They learn they share a common fondness for the music of a '70s group called the Hep Singers (a reference to the Hep Stars and Hootenanny Singers to which Bjorn Ulvaeus and Benny Andersson, respectively, belonged early in their careers) upon which they build a friendship. Of course love finds a way into their lives. They share a secret that ultimately will test their love beyond this world. The action is set to take place in New York City.

None of the songs used for the 'Mamma Mia!' stage production and movie will be included. Producers announced they want this production utilizing some of ABBA's most profound and dramatic songs to be considered an absolute separate entity. Like 'Mamma Mia', the words to the songs will remain largely unchanged to retain the integrity of Bjorn Ulvaeus and Benny Andersson's lyrics.

From the press release: "Arrival" is an instrumental number from the ABBA album of the same name. Bjorn has penned lyrics for "Arrival" specifically for this musical. Portions of "Arrival" will also be used as an overture. It should be noted that Sarah Brightman recorded a version of "Arrival" with different lyrics on her "Winter Symphony" album also penned by Bjorn and was initially planned for use in "Mamma Mia!". The creative team is proud of the new version that will be a part of "While The Music Still Goes On."

Where 'Mamma Mia!' had a female lead character, this show will be from the male lead character's perspective. Casting will be announced in the coming months. Alexander Hanson (Broadway revival "A Little Night Music" and London Revival "The Sound of Music") is rumored to be linked to the production.

Tentative plans are for an out-of-town tryout in Manchester before arriving in the West End. Producers suggested that they had hoped for a U.S. West Coast premiere before heading to Broadway and then to London. But due to the current economics of Broadway, they felt the best way to nurture the production was to start in the U.K. Visit musicstillgoeson.com for news and updates for the upcoming musical. 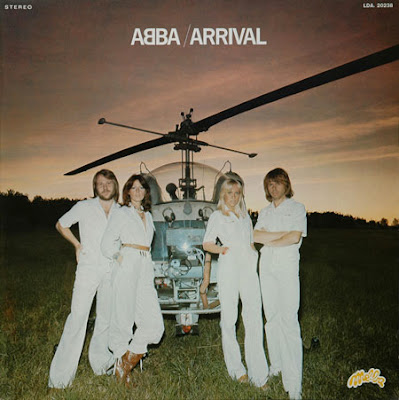 (Important Note: If you've read this post so far, you probably know by now all of this is wishful thinking for some April first fun. None of this information is real and none of the persons mentioned is associated with a new musical based on the songs of ABBA. However I really believe there is another musical waiting in the numerous ABBA songs that were not included in 'Mamma Mia!'. Many of their other hit songs and album cuts have the weight to be part of a dramatic story in lieu of a comedy. I've been a longtime fan of the music of ABBA that every one of their CDs is downloaded to my iPhone and iPad. This post, though all in fun, is a hint of what may be possible.)
Posted by The Hopeful Traveler at 10:11 AM 1 comments