For as far as anyone knows, the Gerswhin Theatre will likely be hosting the mega-hit musical 'Wicked' indefinitely. Down the street who knew that 'The Phantom of the Opera' would be ensconced at the Majestic Theatre 23 years later. 'Wicked' now in its eighth year on Broadway has a challenged on its hands.

Originally opened in 1972 as the Uris as part of a new office tower and named for the building's developer, the theatre was renamed in 1983 after the composer George Gershwin and lyricist Ira Gershwin. The venue is the largest among the Broadway theatres with over 1,900 seats and is one of three modern built Broadway venues with the others being the Minskoff Theatre (housed in the Viacom building) and Marquis Theatre (built as part of the Marriott Marquis hotel). Other Broadway houses have opened after these but they either made use of the shell of a landmark theatre or were refurbished from an existing one.

In terms of wrangling the night's audience, the theatre hosts some of the most generous lobby spaces and includes escalators sending audiences to the auditorium located three stories up. The Gershwin lacks a defining marquee but the theatre's entrance along the mid-block breezeway connecting 50th and 51st Streets adds more space for crowds attending a performance. The breezeway is also shared with the entrance to the Circle in the Square theatre which takes the audience to an auditorium in the basement level of the building.

(1987). 'Wicked' began previews at the theatre on October 8, 2003 and opened October 30 after an out-of-town tryout in San Francisco. In addition to attending 'Wicked' in 2004 some other shows I've witnessed here were revivals of 'Show Boat' (1995) and 'Candide

The Gershwin, located in the Paramount Building, is one of nine Nederlander theatres. All online ticketing for the venue is sold through Ticketmaster. More information at gershwintheatre.com. Click here for a fan site offering tips to purchase 'Wicked' tickets. Visit wickedthemusical.com for more about the show.

Note: all photos taken in June 2009 during a visit to the behind the scenes tour called Wicked Behind the Emerald Curtain. Visit the previous post for info about the event.

Posted by The Hopeful Traveler at 6:45 PM 0 comments

REWIND: Wicked - Behind the Emerald Curtain 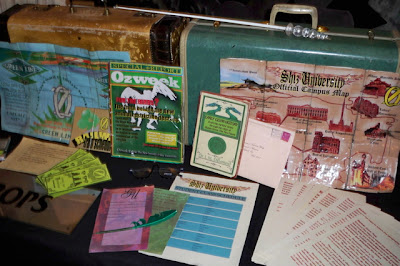 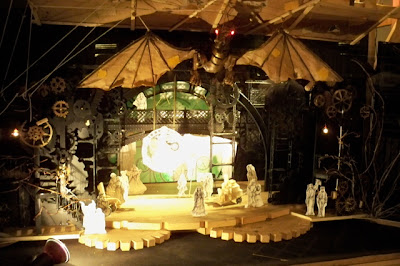 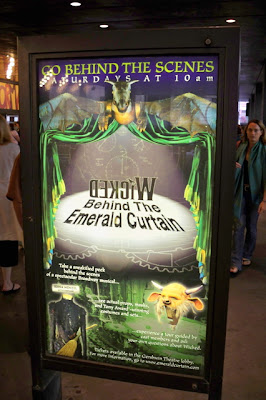 Since opening in 2003 on Broadway 'Wicked' has grossed over $500 million at the Gershwin Theatre. No doubt that number well exceeds over one billion once the grosses from the other North American companies of the musical. The musical continues to sell out performances regularly eight years later without the need to sell discounted tickets at the TKTS discount booth in Times Square.

That kind of popularity is funneling audiences to Wicked Behind the Emerald Curtain, a behind-the-scenes look at the musical which I had the opportunity to attend in June 2009. First of all there is fine print: 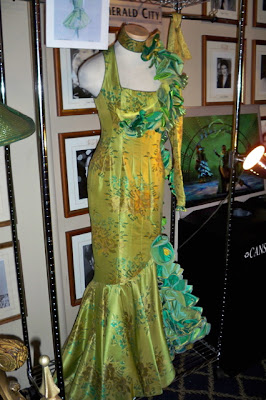 Among the items worth seeing is a model of the set and the close look at the detail in the costumes. The tour also gives an mini-lesson in the economics of Broadway with the guide's description of the costs and people to undertake a musical from workshop to opening night to daily operations. For comparison purposes, the guides stated that 'Wicked' will continue to run as long as the operating costs are met and tell about a Broadway musical called 'Glory Days' opened and closed on opening night at the Circle in the Square Theatre located downstairs the Gershwin Theatre. (note: all photos taken June 2009).

More info at emeraldcurtain.com. The tour is offered Saturdays at 10am. Admission is $30 and available online at ticketmaster.com. Tickets also available at the door 30 minutes prior to the tour on a first come, first served basis. The Gershwin Theatre is located at 222 West 51st Street. Click here for a fan site offering tips to purchase 'Wicked' tickets. Visit wickedthemusical.com for more about the show. 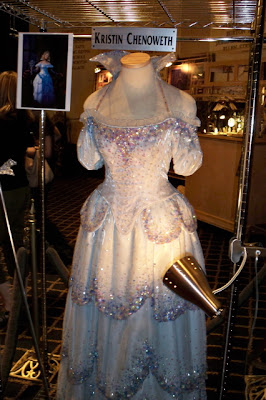 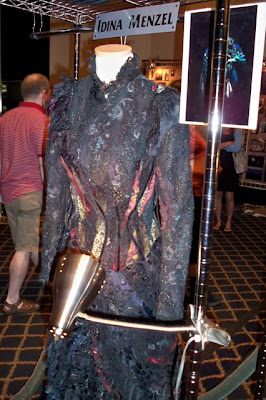 Posted by The Hopeful Traveler at 7:36 PM 0 comments

It appears a return trip to Orlando may be in the works. With LEGOLAND Florida opening this October and the Wizarding World of Harry Potter at Universal's Islands of Adventure, it's definitely time to be a kid again.

Visit florida.legoland.com for all the details. Located on 150 acres of the former Cypress Gardens amusement park grounds, LEGOLAND Florida will be the biggest LEGOLAND park ever opened offering more than 50 rides, shows and attractions including spectacular LEGO models. The other parks are located in California, England, Germany and Denmark, where the toy company was founded.

The heart of every LEGOLAND is the Miniland. This is where the parks draws my interests. Back in 2001 at LEGOLAND Windsor outside of London, I must have used two rolls of camera film (yup, you heard right...film!) to capture as many images of each tiny metropolis.

The miniland at LEGOLAND Florida will include Las Vegas, Washington, D.C., New York City, Kennedy Space Center, Daytona and a Pirate themed section. One feature of New York City will include the Freedom Tower which is still under construction in Manhattan.

Below is a shot of the London section at LEGOLAND Windsor at night. Awesome detail and full of wonder. 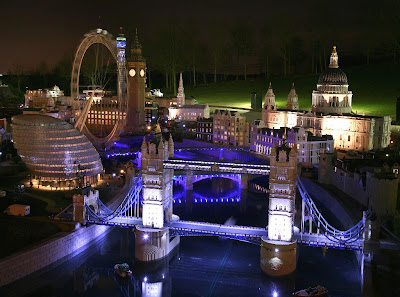 Posted by The Hopeful Traveler at 6:27 PM 0 comments