Food Etiquette Rules When You Travel

We should always display our best table manners no matter where we are. But many would be surprised at the table etiquette observed around the world. Budget Travel details some of these rules to keep in mind.


Click HERE to read the full article on budgettravel.com.
Posted by The Hopeful Traveler at 5:53 PM 0 comments 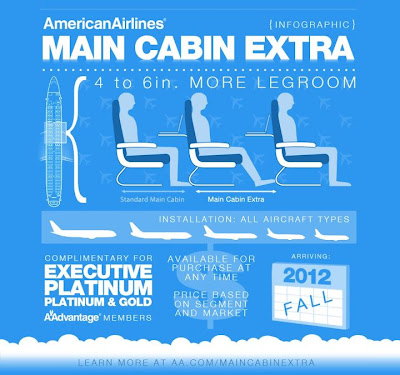 In 2000, American Airlines implemented "more room throughout coach" that the airline heavily advertised which added extra leg room on several of their aircrafts by removing at least two rows of seats. By 2004 and with the difficult economy, American replaced the removed seats to squeeze in more passengers to generate more revenue.

This month the airline announced that select rows in the front of the coach cabin in their aircrafts will include extra legroom (approximately four to six inches) classified as Main Cabin Extra. The changes in American Airlines cabins will begin later this year. Those seated in these rows will also enjoy priority boarding privileges.

The first jets that will include Main Cabin Extra is the airline's new Boeing 777-300ER which will fly select international routes starting in December.

Main Cabin Extra will be complimentary to elite mileage members who hold Aadvantage Executive Platinum and Aadvantage Platinum status as well as those holding a full-fare economy ticket. Until December 2013, Aadvantage Gold members will be able to gain complimentary access to the cabin as well. After that date, Gold members and other passengers interested in Main Cabin Extra will be able to purchase the privilege when booking a flight or up until airport check-in cut-off time. Prices will range between $8 and $108 per segment. The longer the airline flight, the longer the segment and the higher cost for Main Cabin Extra.

As an elite member I'm looking forward to this change. Up to now the only way to get the extra leg room in coach on American was to reserve a seat in the exit row located mid-way in the coach cabin where some of the seats did not recline. This feature will allow extra leg room but access to the front of the coach cabin and allow not only early boarding but also allow these passengers to be among the first to deplane.

Visit aa.com for more information and FAQ about Main Cabin Extra.
Posted by The Hopeful Traveler at 3:12 PM 0 comments 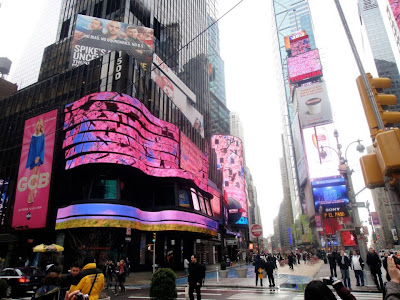 It's been 100 years since the cherry blossom was brought from Japan to the United States and Japan is celebrating the centennial in New York City.

The special event of turning Times Square cherry blossom pink was a kick-off to a week of celebrations. The display which officially launched on March 1st will repeat a few times each hour during the month.

Other events include Grand Central Station's Vanderbilt Hall transformed on March 3rd into a showcase for Japanese food and merchandise and will include performances (think drums and harps) and cooking demonstrations. A Japan Booth at the New York Times Travel Booth at the Javits Convention Center on March 2nd-4th welcomed visitors to explore their dream Japan vacation.

Visit japantravelinfo.com for more information on the week of special events. 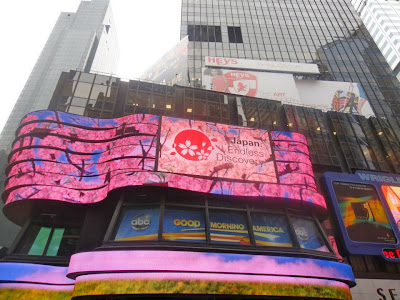 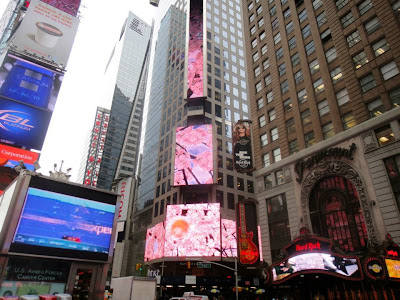 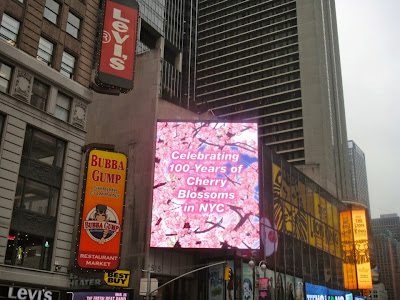 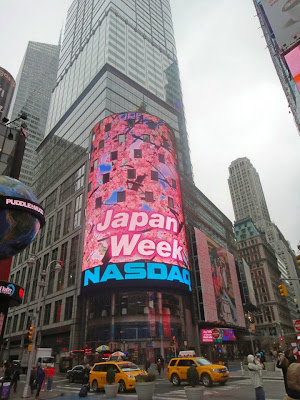 Posted by The Hopeful Traveler at 9:37 PM 0 comments