The New York Times reports that a Miami company has developed a washable RFID (radio-frequency identification) chip that are attached to hotel towels, robes and bed sheets. Linen Technology Tracking reports that three hotels in Honolulu, Miami and Manhattan are using the tags. All three requested to remain anonymous. The Honolulu hotel reports towel thefts have been reduced from 4,000 a month to 750 saving more than $16,000 a month.

The tags also assist the hotel to manage their linen stock. Hotels would know when linens are running low and a new order is needed. With the rising cost of cotton, hotels are ordering linens less frequently.

I kind of picture that hotel guests will be subject to airport type of security when LEAVING the hotel. Imagine guests lining up to see if any hotel goods with a computer ship shows up through a scanner. As long as there's an amnesty bin.
Posted by The Hopeful Traveler at 6:39 PM 0 comments

This is the last of four posts about the upcoming production of 'Ghost the Musical' in London's West End.

For a taste of the production that is about to come to the Piccadilly Theatre in London, here are a pair of videos. For more videos, visit the 'Ghost the Musical' YouTube Channel. The first is the trailer for the musical and the second the music video for the song "Here Right Now" from the show.


Posted by The Hopeful Traveler at 9:26 PM 0 comments


This is the third of four posts about the upcoming production of 'Ghost the Musical' in London's West End.

Having the opportunity to see Richard Fleeshman in "Legally Blonde" in London in 2010 and Caissie Levy in the 2009 revival of "Hair" on Broadway in supporting roles, it will be interesting to see how they fare as leads in such a high profile show as 'Ghost the Musical' based on the 1990 feature film.

The audiences and critics are waiting until the show premieres this June at the Piccadilly Theatre in London. More info at ghostthemusical.com.

For now here are their program biographies:

Richard made his West End debut in Legally Blonde playing Warner opposite Sheridan Smith at the Savoy Theatre.
Television credits include Craig Harris in Coronation Street, Midsomer Murders, Moving On, All the Small Things, Reading Bedtime Stories, Monday Monday and Blue Murder IV.
In 2003, Richard won Celebrity Stars in Their Eyes and went on to win Soapstar Superstar in 2006. Richard plays the piano and guitar and signed a major record deal with Universal Records in 2007. More recently he has been working with Sir Elton John on his Summer Stadium, Red Piano and European Tours.
www.richardfleeshmanuk.com

Ms. Levy is delighted to be back in the UK in Ghost, having starred as Sheila in last season's West End production of Hair at the Gielgud Theatre.
Broadway credits include Sheila in the 2009 Tony Award winning revival of Hair, Elphaba in Wicked (Los Angeles), Penny Pingleton in Hairspray (Broadway, 1st National Tour), and Maureen in Rent (National Tour). In concert, she was a guest soloist for the United States Military Academy at West Point.
Recordings include Keys: The Music of Scott Alan, Reach The Sky: Bobby Cronin Live At the Beechman, All Things In Time: Stuart Matthew Price, Thirteen Stories Down: The songs of Jonathan Reid Gealt, and the Grammy Award nominated cast recording of Hair, from which her rendition of Easy To Be Hard was awarded USA Today's Pick of the Week.
www.caissielevy.com

Posted by The Hopeful Traveler at 8:10 PM 0 comments 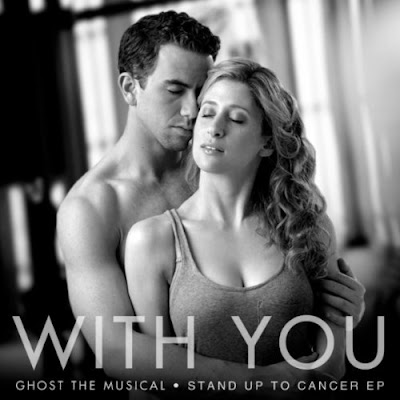 This is the second of four posts about the upcoming production of 'Ghost the Musical' in London's West End.

In the memory of Patrick Swayze and to acknowledge the work of SU2C (Stand Up 2 Cancer), 'Ghost the Musical' will be working on a number of initiatives in support of the charity. First up is the release of a new single on June 22, 2011 from the show called "With You" sung by Richard Fleeshman and Caissie Levy who play the lead roles of Sam and Molly. The proceeds of the single will go to SU2C.

The single is available for preview on amazon.com or apple.com and download on iTunes (UK customers: visit amazon.co.uk or the UK iTunes store).

Swayze, the star of the film "Ghost

,"was diagnosed with pancreatic cancer in February 2008. After waging a valiant public battle against the disease, the actor died in September 2009 at the age of 57.

SU2C aims to raise awareness and bring about an understanding that everyone is connected by cancer and to motivate the public through forms of media to become involved in the cause of curing cancer.


Posted by The Hopeful Traveler at 6:08 PM 0 comments

'Ghost The Musical' Appears in London This June 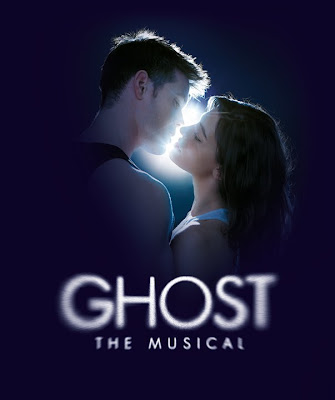 In the UK some recent movie to stage musical adaptations have failed to excite the public. 'Ghost the Musical' which arrives at London's Piccadilly Theatre this June may break the spell just with the sheer curiosity of the film's fans by the undertaking.

is among the most popular in the genre. Originally released in July 1990, the film starred Patrick Swayze as a ghost who teams up with a psychic (Whoopi Goldberg) to uncover the truth behind his murder and to rescue his wife (Demi Moore) from a similar fate. The film made over $500 million at the box office to become the number one grossing film of the year worldwide. Not just a summer release for the masses, the film was honored at the 1991 Academy Awards with two Oscars (supporting actress for Goldberg and original screenplay). The film also received nominations for best picture, score and film editing. In addition Goldberg won a Golden Globe and BAFTA (British Oscar) the same year for the role.

The film cemented Swayze and Moore's superstar reputations and turned the word 'ditto' into a romantic term of endearment. A memorable scene in the movie featured the song "Unchained Melody

" by the Righteous Brothers resulting in radio airplay and a resurgence in sales for the recording. The duo re-recorded their hit returning the song to the Billboard top 20 and received a certification for sales of one million copies in the US for the single.

Now comes a musical adaption which was previously announced to play the West End two years earlier at the Theatre Royal, Drury Lane. Those plans were scrapped and instead the stage musical adaption is on an out-of-town tryout in Manchester, England from March 28, 2011 before beginning performances in London on June 22.

The creative team includes director Matthew Warchus, a a 2009 Tony Award winner for directing 'God of Carnage'. Some of his directing credits include 'The Norman Conquests,' 'Boeing, Boeing,' 'Art.'. His musical directing includes 'Lord of the Rings,'

Bruce Joel Rubin is adapting his screenplay for the stage. Music and lyrics are by Dave Stewart and Glen Ballard. With Eurythmics

' partner Annie Lennox, Stewart delivered a string top 40 hits including "Here Comes the Rain Again" and "Sweet Dreams (Are Made Of This)". Ballard is a six-time Grammy award winner. One of his biggest successes was the multi-platinum album "Jagged Little Pill

" which he co-wrote and produced with the album's artist Alanis Morissette. The show is budgeted at 6 million pounds (US$9 million). "Unchained Melody" is reported to be included in the show but not part of the score sung by the cast.

A review from Manchester's Finest:
Fans of the film will be pleased to know not a lot has been changed in it’s transferral from screen to stage although some scenes occur in a different chronological order, which is good for keeping the audience on their toes.
.
A stunning performance is given from Caissie Levy as Sam’s girlfiend Molly. The Canadian born actress, most recently seen as Elphaba in Wicked on Broadway, plays the role with a truth and emotion that has you transfixed throughout. Her rendition of ‘With You’ before the end of the first half is breathtaking as she belts out each note with passion and perfection. I would definitely bet on the fact that we will see Caissie getting a nod next year at prestigious theatre awards, the Oliviers.
.
Former Coronation Street star Richard Fleeshman gives his best performance to date as the despairing and driven protagonist, Sam. Despite my prior reservations at his casting, thinking him ‘too young’, onstage he shows a maturity that proves the Manchester born actor has definitely ‘come of age’.
.
Comedy comes in the form of Psychic Ode Mae Brown, played by Holby City’s Sharon D. Clarke-a theatre veteran who has previously appeared in Chicago and Hairspray. Armed with some wicked one liners there are times she truly steals the show and provides a well needed laugh in what could become an emotional tear-fest.
.
What makes the show so special though is the eye popping special effects which have you wondering ‘how did they do that’ long after you leave the theatre. Fleeshman jumps through doors, people, and at one point disappears right in front of your eyes-a real testament to illusionist Paul Kieve who has worked his magic on the production.

The show appears to have the makings of hit mixing talents from the world of the stage, pop music and film to bring the story to a new audience 20 years later. Those who remember the film fondly may likely want to take the journey again and see the story of 'Ghost' in a new light.

Below are more production photos with rehearsal photos in black and white.

This is the first of four posts about the upcoming production of 'Ghost the Musical' in London's West End.

Read more »
Posted by The Hopeful Traveler at 7:16 PM 0 comments