One thing different from London and New York audiences is the throngs of fans waiting outside the stage door is less of a tradition in London. Because of this one could go to the stage door and wait and not have to compete with a large crowd to ask for an autograph.

'Deathtrap' stars American performer Jonathan Groff who appeared on Broadway in 'Spring Awakening' and on television in 'Glee'. A story about the photo. I was about to ask someone to take the photo when Jonathan kindly offered that he can take self-pictures really well so I just said OK. Here is the result and the autographed program. 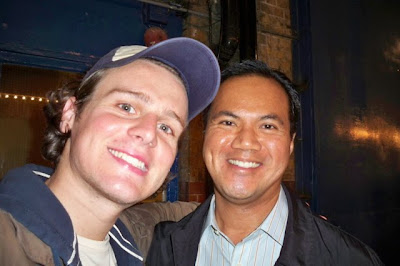 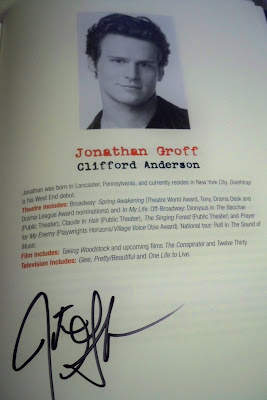 Posted by The Hopeful Traveler at 11:25 PM