The Ten Most Bizarre Vending Machines

Travel to enough countries and you'll learn the world of differences that makes each place unique. This goes for what can be sold and dispensed from vending machines. Smarter Travel has compiled a list of some of the craziest vending machines.


Live Crabs (China)
These machines are located in subways in China and they dispense live crabs.
Click HERE to watch of video of the machine.


Gold To Go (Dubai)
The machine itself doesn't only dispense gold but is coated with a layer of gold itself. The price of the gold is updated every ten minutes to keep the price current. (gold-to-go.com)


Bikes (Netherlands)
What's called the "Bikedispenser" is an actual machine that pops out a bike when you've inserted money. (bikeoff.org)


Sushi (Japan)
Though one has to wonder if one can trust the quality, it's still healthier than chips and candy.


Dog-O-Matic (France)
No this machine does not sell dogs. It's an automatic dog washer. Open the door, insert dog and pay based on the dog's size.
Click HERE to watch the Dog-O-Matic do its thing.


Fingernail-Painting (Japan)
Stick your finger in and get a design painted on.

Automatic Apparel (Boston)
Need an entire new outfit (from shoes to underwear)? This machine can help you out. (automaticapparel.com)


Let's Pizza (Italy)
No need for delivery. A fresh pizza is made in two-and-a-half minutes. (UK site: letspizza.co.uk)
Click HERE to watch the machine at work. 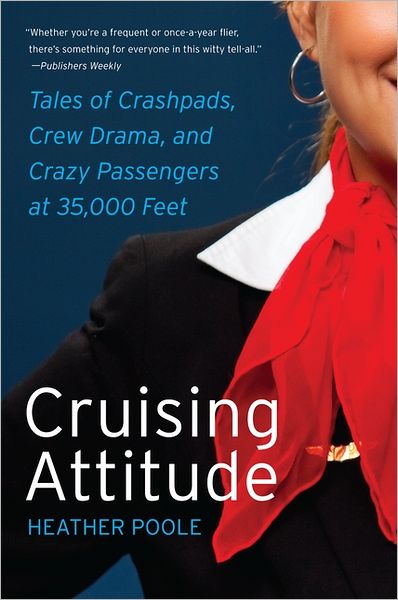 Author Heather Poole offers an insightful look at the career of a flight attendant and many any who will pick up this book will learn something new about the world of flying the friendly skies. Poole offers many amusing experiences starting from chapter one where she wonders who will be the "crazy" passenger on the flight. In her words, there is always one and the one she describes is quite a doozy.

As she describes flight attendant training, she gives up how strict rules had to be followed and how classmates would start disappearing once these rules were not observed. But it's what happens after graduation that is the most surprising: the life of a flight attendant is nowhere as glamourous as many of us would think. She describes how on many flights the food on board was only for passengers and crew would hope that there would be extra trays of food for them. She minces no words about the very low starting wages and how it was nearly impossible for them to enjoy a good meal and their free time without worrying about money.

Poole doesn't mention the airline for which she worked for during most of her career (I've come to learn it's likely American Airlines) but it's probably best she didn't so we can identity her as possibly the flight attendant we may have met once. Reading the book I'm recalling the many flight attendants who have worked the planes I've flown over the many years. I can only appreciate the smiling face they offer knowing now what kinds of things can happen behind the scenes.

The book does get bogged down in the later chapters when she talks about working with her mother who also became a flight attendant. But for the most part the book is a fun read. Pick it up and see if you don't start saying thank you more often to a flight crew.

"Cruising Attitude" by Heather Poole is available in softcover. Click the adds below to purchase a copy or Kindle version from Amazon. Click HERE to purchase eBook from iTunes.


Posted by The Hopeful Traveler at 5:53 PM 0 comments

My achilles heel when I travel is it's at least 2,500 miles to the nearest continent from Honolulu, Hawaii. At its shortest the flight to the west coast of the United States is about five hours. That duration is considered a mere fraction of the time to fly some of the longest flights in the world ranked by hours. Now it would be amazing if anyone on these flights doesn't at least get up once to go to the restroom unless they're unconscious for the entire duration or seeking deep vein thrombosis as a goal.

Probably the best thing about these very long-haul flights is there's no layover and it helps to earn elite level on each airline that much easier.

The ranking is determined by U.S. News & World Report. Notice that the miles between destinations does not necessarily determine the longest flights.

It should be noted that Singapore Airlines operates a business-class only airplane for 100 passengers on this Los Angeles to Singapore route. The reason this flight is shorter than the Newark to Singapore flight is the route taken by the airline's jets. The Newark flight path across the North Pole subjects the aircraft to less wind resistance, allowing it travel faster than the flight from Los Angeles, which crosses the Pacific Ocean.

Click HERE to read the full article from U.S. News & World Report and learn more about these flights.
Posted by The Hopeful Traveler at 7:41 PM 0 comments