Check Your Bottles of Water 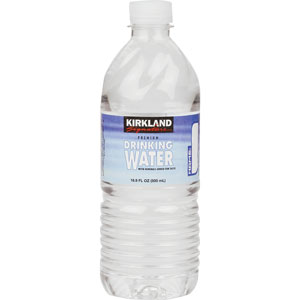 The restriction of liquids at airport security check-in points has alter the way we think about how we stay hydrated when we travel. In past travelers would pack one or two bottles for the plane ride and before we became slaves to bottled water we probably packed a favorite soft drink instead.

Today after passengers get through the airport check-in point, they become prisoners of airport concession prices to make a purchase of bottle of water that is likely to be around $2 or $3. Of course passengers can wait until after boarding during the flight drink service (when it is offered) and re-hydrate that way. By the way there's nothing wrong with carrying an empty beverage container and then filling it with water at an airport fountain. Some airports like the new terminal in at San Francisco International have water stations (pictured below) specifically constructed to fill beverage containers.

One common practice I've adopted is to pack two or three extra bottles of water in my checked bag. I noticed that drinking a lot of water in addition to a quick shower and a short nap helps to fight the jet lag after a long a flight and after checking into my hotel room. Since a convenience store may not be immediately accessible I'll have at least one bottle ready until I can purchase more during my trip. This also helps if you have to maintain a regime of maintenance medications.

To avoid any leaks in checked bags, put each bottle in a gallon freezer bags such as those made by Ziploc and Hefty. It's important that these are freezer bags since they are thicker than storage plastic bags. Then I place the two or three bottles together in one gallon freezer bag and then a second bag just to be on the side of caution.

Posted by The Hopeful Traveler at 4:42 AM 0 comments 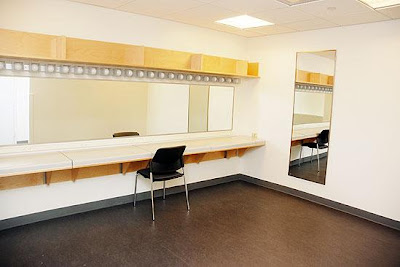 Last month when I reviewed the revival of 'Anything Goes' at the Stephen Sondheim Theatre, I recalled seeing a photo spread a couple of years ago featuring the transformation of one of its dressing rooms for actor John Stamos. At the time the venue was called Henry Miller's Theatre and a complete overhaul that began in 2004 was finally completed with the opening of the 2009 revival of 'Bye Bye Birdie' starring Stamos as Albert Peterson (the role originated by Dick Van Dyke on stage and in film).

Carpenter and HGTV star Carter Oosterhouse designed the make-over of the dressing room and bathroom for Stamos. It's amazing and one wonders what other stars on Broadway get the same treatment for their dressing room. Big question is what remains after the show ends. Unfortunately this revival of 'Bye Bye Birdie' had to pack its wings when the production closed four months later after 117 performances.*

These photos are from the 2009 photo spread from broadway.com. Click HERE to see the complete set of photographs by Jenny Anderson. 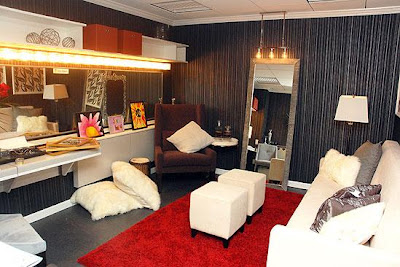 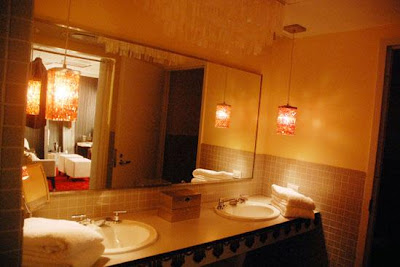 *Note: though the production was initially announced as a limited run and was extended two weeks, the high profile revival received largely poor reviews from the popular press and closed with the expiration of leading actors' contracts. Should the production had received positive notices and grosses to match it was expected either the leads to extend their contract or have their parts recast.
Posted by The Hopeful Traveler at 10:31 PM 2 comments

"Not Since Carrie" 40 Years of Broadway Musical Flops 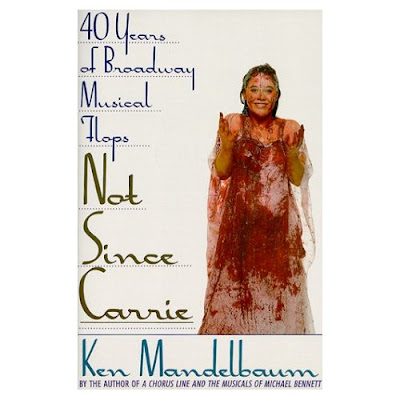 "Not Since Carrie" written by Ken Mandelbaum is probably the most enjoyable and most insightful books about Broadway as a business, an art and an entertainment. Though the 392-page book was published in 1992, it is still revelatory reading spotlighting almost 200 musical flops. I hope that one day the book is updated to 50 or 60 years of flops to account for the musical failures that opened since its publication. The book is filled with so many fun facts and stories that readers can take it in by chapter or by musical title. I've found myself returning to re-read the stories behind some of Broadway's most famous musical failures since I first purchased the book almost twenty years ago.

The book title is inspired by the infamous musical 'Carrie' based on the novel by Stephen King with music by Michael Gore and lyrics by Dean Pitchford ("Footloose"). The musical was such an extreme failure artistically and financially that it lasted only five performances opening on May 12, 1988 and closing on May 15, 1988. Unlike the 182 previews of 'Spider-Man Turn Off The Dark,' 'Carrie' had a total of 16 previews from April 28, 1988.

"Not Since Carrie" is bookended with extensive detail about the titular musical. Mandelbaum writes about 'Carrie': "These fans are unaware that what they have witnessed has set a new standard, one to which musical flops will be compared and found waiting. The ad copy, which read "There's Never Been a Musical Like Her," has proven prophetic. These fans will tell their friends to get to the Virginia Theatre immediately, and many of them will return to 'Carrie' two or three times during the two weeks of previews that remain. 'Carrie' has become an instant legend."

Among the actors who starred in 'Carrie' include Betty Buckley (Tony Award winner for 'Cats'), Linzi Hateley, Charlotte d'Amboise, Darlene Love, Scott Wise and Sally Ann Triplett all of whom overcame the musical's failure with future success on Broadway or London's West End.

Find the book which is still available in softcover and explore these Broadway flops and more: (note: where possible the below titles link to the original cast recording on amazon.com; where no recording exists the link is to another recording of the musical or an alternative version of the production)
'Annie 2: Mrs. Hannigan's Revenge'
'Breakfast at Tiffany's' starring Mary Tyler Moore and Richard Chamberlain
'Bring Back Birdie' sequel to 'Bye Bye Birdie'
'Do I Hear A Waltz?' with music by Richard Rodgers, lyrics by Stephen Sondheim and book by Arthur Laurents
'Flora The Red Menace' starring Liza Minnelli with music and lyrics by John Kander and Fred Ebb
Gone With The Wind'
'It's A Bird...It's A Plane...It's Superman'
'James Clavell's Shogun: The Musical'
'Legs Diamond' starring Peter Allen
'Merrily We Roll Along' music and lyrics by Stephen Sondheim

Mandelbaum explains his criteria for a musical flop in the book's foreword. Also included are many photographs and poster advertisements. "Not Since Carrie" is available from amazon.com.

Though unlikely to be revived on Broadway, there has been interest in the music of 'Carrie' that a revamped version is planned for Off-Broadway's Lucille Lortel Theatre in early 2012.

Posted by The Hopeful Traveler at 7:19 PM 0 comments