The wizards at Kellogg's came up with the idea to open a shop called Pop-Tarts World in New York City. Alas the the shop located in Times Square was a pop-up store so its existence is meant to be only temporary. Starting in August 2010 and ending this December 2010, the shop served the famous treat in 28 different flavors. Among the uncommon flavors were vanilla milkshake, hot fudge sundae and cinnamon roll. The treats were served toasted, frozen or at room temperature.

Like a Times Square attraction, the shop also sold logo merchandise. But also being served up were Pop-Tarts sushi (minced pop tarts wrapped in a fruit roll-up) and Pop-Tarts served with ice cream and various toppings. Also available were Pop-Tart bits baked into pies or cookies.

The one thing I would have probably been dazzled by is the shop's Pop-Tarts Varietizer. Like a vending machine, visitors picked and choose the flavors of Pop-Tarts for a custom packaged box of their favorites. The same old flavors in the bulk box of 24 Pop-Tarts from Costco now just pales in comparison. 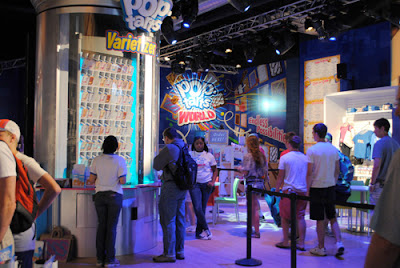 Posted by The Hopeful Traveler at 8:03 PM 0 comments

With New Year's Eve just around the corner, let's keep the Christmas feeling alive a bit longer with a look back at Union Station in Washington, DC all decked for the holidays. These photos are from a visit in December 2008.

Union Station opened in 1907 and is visited by over 32 million people each year. The terminal is served by commuter railroads such as Amtrak, the Washington Metro and buses.

Of particular note is the beaux-arts style architecture and vaulted ceiling of the main hall and concourse. As of this writing the train concourse level is being renovated. More than 100 shops and 35 food establishments from fast food to fine dining are located on three levels within the station. In austere downtown DC, this is one the few contained "shopping mall" experiences near the National Mall. During freezing winters or hot summers, the indoor comfort of this landmark becomes even more attractive.

Posted by The Hopeful Traveler at 5:51 PM 0 comments 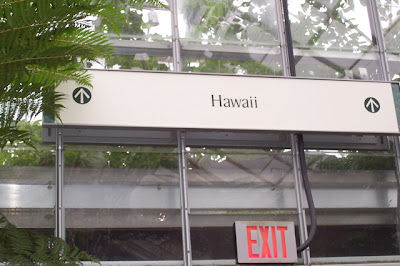 The southeast corner of the United States Botanic Garden Conservatory is devoted to the Hawaii exhibit. It features the rare and endangered species of the country's 50th state.

Among the endangered plants is the Hawaii state flower: the hibiscus. Threats such as development, overgrazing by livestock and feral animals and competition from invasive weeds have reduced the number of plants surviving in the wild. Currently there are less than 60 plants in 8 populations on the islands of Lana'i, Maui and the Big Island.

The conservatory emphasizes the value of plants to society. The present building opened in 1933. (note: all photos Dec 2008) 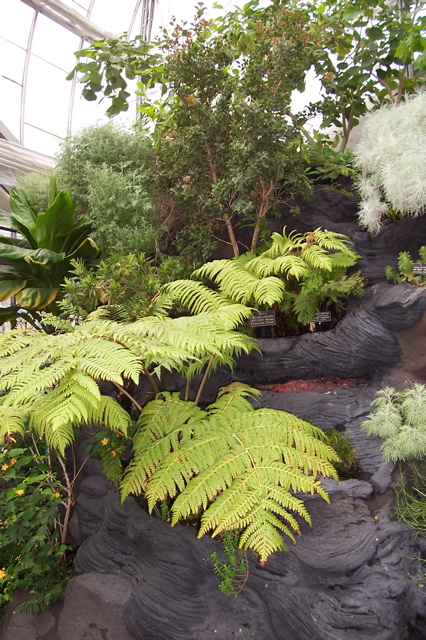 Posted by The Hopeful Traveler at 5:53 PM 0 comments