I once visited France and I thought I would have the opportunity to put to use four-and-a-half years of French language courses. I guess it was fortunate that I became friends with members of the same European tour that hailed from Montreal, Canada though they had moved to Toronto. They did all the talking and I just enjoyed the expert delivery of the language.

It may not be a bad idea to begin practicing the language again. No doubt French is likely in vogue again with many impressionable people after seeing Bradley Cooper promote "The Hangover Part II" (called "Very Bad Trip 2" in France) on French television and hearing him speak the language fluently. 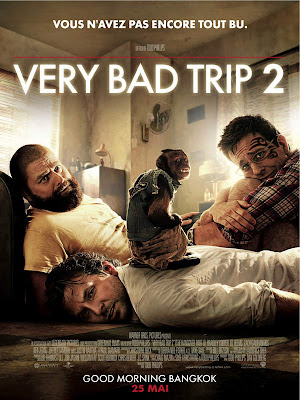 Posted by The Hopeful Traveler at 7:24 PM 0 comments

'Ghost The Musical' Set to Open in New York April 2012 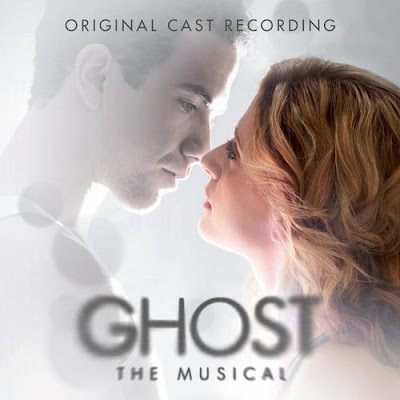 I'm probably setting myself up for disappointment by writing several posts about 'Ghost The Musical'. I have to admit the original 1990 movie is a favorite of mine and I warmed up to it being adapted for the stage once I learned of the creative team, composer and actors of the London production. I cannot wait for the chance to see this show.

BroadwayWorld.com reports that the West End production is booking tickets until October 2012 and that the show will open on Broadway in April 2012. Producers are currently eyeing the Lunt-Fontanne, Shubert and Palace. Caissie Levy who is playing the Demi Moore role of Molly will likely repeat on Broadway. Less certain is her Sam played Richard Fleeshman. With a transfer confirmed, more details of casting and dates are to come soon.

In the meantime the original cast recording of the London production is available on iTunes and on CD.

Posted by The Hopeful Traveler at 7:53 PM 0 comments

With all the news about the transparency regarding airlines and published fares, taxes and fees, I think the same the should be done for hotel prices. As we all know the prices we find online for hotel rooms are before taxes but the taxes and other fees can be a substantial amount especially for long stays and in expensive cities like New York City.

The website littleviewstravel.com has published a convenient New York City Hotel Cost Calculator to calculate the cost for each night. It also calculates the cost for the stay. You would need to make a separate calculation if the per night rate fluctuates.

Last I understood was that the Javitz hotel tax fed funds of $1.7 billion project to renovate the Javits Convention Center in Manhattan. If anyone knows what else this tax funds or the purpose of this tax has changes, then let me know.
Posted by The Hopeful Traveler at 6:27 PM 1 comments

I finally had the opportunity to see the entire set of episodes in season one of the web series "Submissions Only" which is funny behind the scenes look at those involved in casting and auditions in New York City. I don't know why I didn't make time to watch this series sooner since my thing is seeing shows when I travel. I'm hooked and can't wait for a planned second season.

The series follows friends Penny Reilly (Kate Weatherhead) and Tim Trull (Colin Hanlon) as they ride the bumpy road road of auditioning in New York City (she's an actress, he's a casting director). Created by Weatherhead and Andrew Keenan-Bolger, the show is delightful and often funny with sweet and charming performances especially by the two leads. Despite having no budget the show is well produced and shot. The writers have been thoughtful to avoid the characters from being bitter or cocky to a fault.

The title is taken from the casting process where performers represented by an agents are sent to audition. I've also learned what the term 'sides' means which refers to segments taken from a script used during the audition. Each episode runs about ten to fifteen minutes.

The show has just began a Kickstarter Project to raise funds to cover expenses, pay for equipment and compensate the cast and crew.

Posted by The Hopeful Traveler at 9:23 PM 0 comments