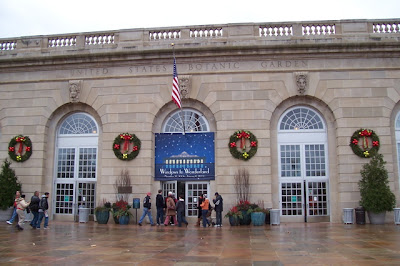 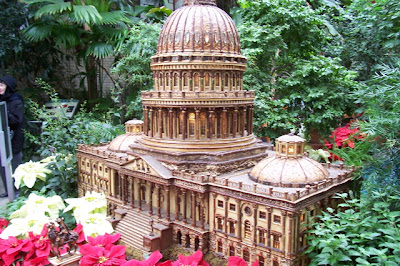 For this Christmas Day here's a look back at 'Windows to Wonderland' at the United States Botanic Garden Conservatory during a visit to Washington, DC in December 2008. Every year the conservatory presents an annual holiday display with a different theme.

The display is one of those things that brings the feeling of wonder that makes you feel like a kid again. The Wonderland is different hamlets including a Santa's village, mountain castle, caterpillar garden and gremlin garden all connected by trains. The multiple trains run overhead and through tunnels. 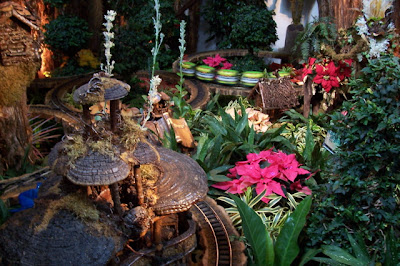 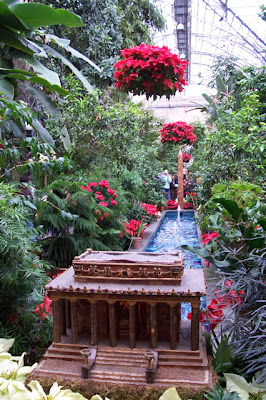 In the Conservatory's Garden Court, a holiday tree and a replica of the National Mall greet visitors amidst blooming poinsettias. These unique replicas and the Wonderland villages are constructed of natural plant materials. But beware of the crowds. There are workers managing the visitors to be sure they keep moving.

The United States Botanic Garden Conservatory is open to the public, free of charge, every day of the year from 10am-5pm (open for special hours during the holidays). The conservatory is located along the National Mall near the west side of the U.S. Capitol building. More info at www.usbg.gov. 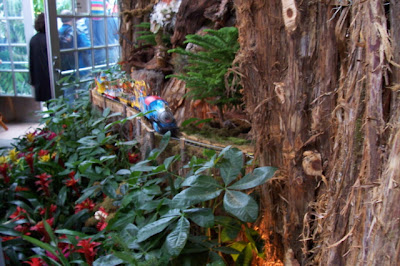 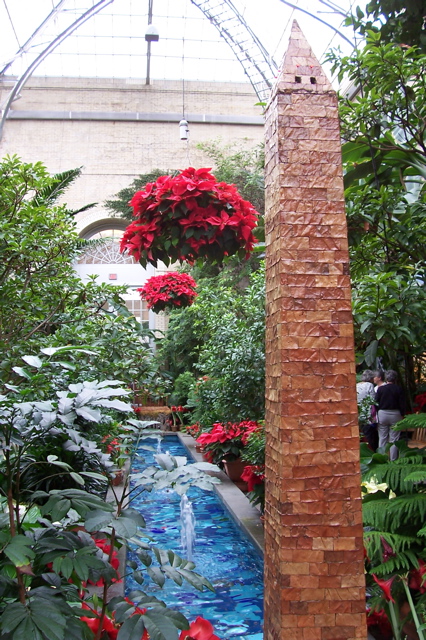 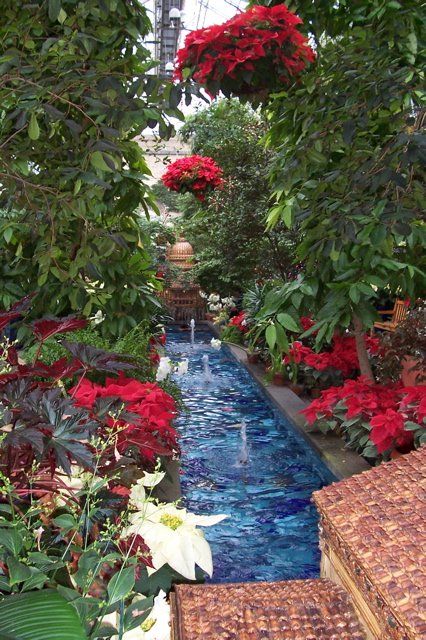 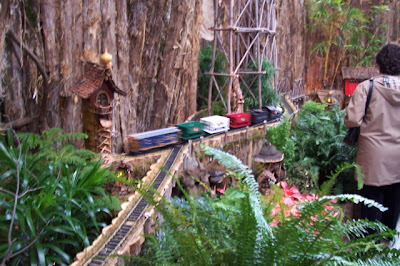 Read more »
Posted by The Hopeful Traveler at 8:24 PM 0 comments

The Simplest Way to Vent

Sometimes the fastest and simplest way to vent about your airline is to give them the finger. For this passenger he took it to the next level by photographing his anger. I guess Northwest Airlines would have to consider this a substitute for a complaint letter. Classic!
Posted by The Hopeful Traveler at 1:52 AM 0 comments

Stuck on the Tarmac Survival - Part 3 of 3

Although three-hour tarmac delays are the extreme, shorter ones are too common. The only thing passengers can do is to be prepared. So it's good to know what is or is not allowed regardless if you are stuck while waiting to take off or waiting after landing.

- The captain has the control and decision especially if waiting to take-off. Often after landing, some other reason beyond the crew's control is the reason for the delay such as an unavailable gate.

- With such high security in place everyone knows not to just walk off the plane. But the extreme cases is for medical reasons. There is no reason to get unruly. The consequences may be arrest by law enforcement.

- Think about how long it takes to board a plane and then deplane. This is another factor why delayed flights waiting for take-off just do not return to the terminal to allow passengers to wait at the gate.

- If your flight is delayed to take-off then there are other flights waiting as well. The only way a pilot can hold the flight's place in the take-off queue is to keep the passengers on board.

- Airlines have reduced capacity so if even if the plane returns to the gate it is unlikely the passengers would be able to find an alternate flight.
- There is no required legal compensation for tarmac delays since these are beyond the airline's control. But each airline may have some leeway to assist passengers in extreme cases.

- Be prepared to pass the time. To each his own. If you can sleep it off then good for you.

- Use the restroom before boarding the plane or before landing. In the extreme cases, passengers may be allowed to move from their seats but for shorter durations, you need to stay in your seat with your seat belt secured.

- Bring your own snacks and drinks. If waiting to take-off, it is unlikely the crew will be serving any refreshments. Airplanes are usually stocked with enough drinks and food only for that flight. But be careful about the drinking too much.

- Remember the maximum allowed tarmac delay is three hours and that this rule is only for domestic flights with on U.S. airlines. Since the 1997 film "Titanic" has been seen by almost everyone, think of the length of that film for comparison. It runs 3 hours 15 minutes.

- Document everything. Rather than getting angry and frustrated, you can write, email or call the airline later to vent. If you were smart to have airline's number handy, you can begin calling while waiting on the plane especially if you are worried about a missed connection.

- In the end it always comes down to money. After three-hours, tarmac delays can cost the airlines $27,500 per passenger or $2.75 million for a planeload of 100 people. That's enough motivation for the airlines to return to the gate or find one.

As airline customer service decreases and the cost and fees increases, passengers will become ever more demanding in the expectations from each airline. No doubt further legislation by the government will update rules regarding such delays.

Posted by The Hopeful Traveler at 6:50 AM 0 comments