Potted Potter on the London Stage 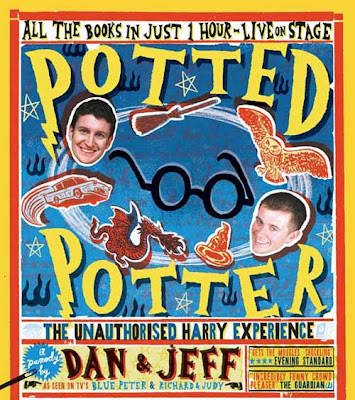 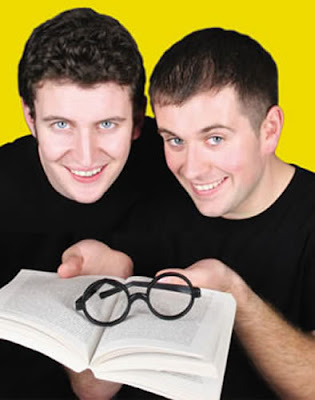 It was going to happen sooner or later, someone would come up with idea of using the Harry Potter books by J.K. Rowling as a basis for a stage production. Though someone has not been crazy enough to bring 'Harry Potter the Musical' to London or Broadway, for now 'Potted Potter' will return to the West End for a strict limited engagement a month after the HP movie is released.

Recommended for muggles from the age of six to Dumbledore (who is very old indeed) and in the tradition of 'The Complete Works of William Shakespeare (Abridged)' is 'Potted Potter The Unauthorized Harry Experience.' See creators Dan Clarkson and Jefferson Turner play out the all seven Harry Potter books in seventy minutes. The show was first seen in 2006 and is playing a limited engagement at London's Garrick Theatre during a fifth anniversary tour. 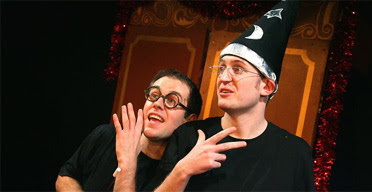 From The Guardian's Lyn Gardner's review of the 2007 version:
Sublimely potty and done with the lightest of touches, this daft two-man parody and a heartfelt homage. In fact, it is all terrific family entertainment, as (Dan and Jeff)"muggle" along with just the right mix of boyish exuberance. Dan, in particular, often seems a trifle confused between his Potter and his Lord of the Rings and Narnia adventures. Then there is his misunderstanding about the difference between Hogwarts and warthogs. And when he plays the Defense of the Dark Arts teacher, Lupin, the werewolf has inexplicably transmuted into an elephant. These mixups weigh heavily on self-appointed Harry Potter expert Jeff, all the more because Dan has used all the money set aside to employ 20 actors on the dragon in Book Four. The dragon, needless to say, turns out to be a severe disappointment. This is the only show in town in which the audience get to participate in a game of quidditch, even though Dan appears to think that a vacuum cleaner can be substituted for a Nimbus 2000.

Dan and Jeff are known for their performances on Blue Peter, the popular and long-running British children's television series. The show began when they created a five-minute performance for a bookshop to coincide with the launch of the sixth book. Visit pottepotter.com for more information.

The last installment in the movie series based on "Harry Potter and the Deathly Hallows" is scheduled for release on July 14, 2011. 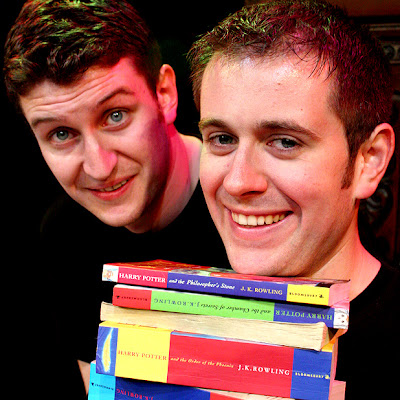 Posted by The Hopeful Traveler at 9:05 PM 0 comments

Have You Met the SeatGuru?

There are some who have not yet discovered the detailed seatmap information provided at SeatGuru.com. This website is always recommended when searching for an airfare and unsure of the best seat selection for your comfort. Website visitors can search by airline and then aircraft or from the home page select the airline and enter the flight number. Such preparation can help set up some expectations for a flight.

Some seatmaps on airline websites can be often vague about such things as lavatory location or bulkheads. But SeatGuru offers not only this information but seat measurements, galleys, overhead TVs and exits. Though each passenger may have their own preference, SeatGuru offers its own recommendations classified as good seat, some drawbacks, poor seat, standard seat, blocked seat.

For fun compare some of the different aircrafts flown by the airline or compare aircrafts between airlines. The website is not perfect. For example on the American Airlines 767 used for Hawaii flights to/from Dallas-Ft. Worth, SeatGuru defines seat 11A as a good seat. On the contrary. Though this seat is sold as a preferential seat for a fee by the airline, the seat has very limited legroom and any recline by the passenger seated in 10A will encroach on the personal space of the passenger seated in 11A more severely than in other rows in the cabin.

Below is an example of the seatmap for the American Airlines 777 used for international flights. Above left is the seatmap key.

Posted by The Hopeful Traveler at 10:24 PM 0 comments 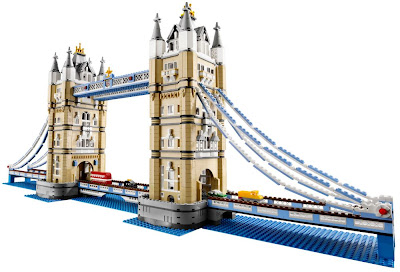 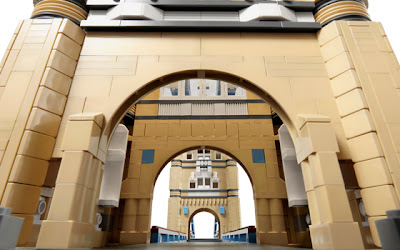 A combination of my passion for travel, London and Lego has come from the toy manufacturer's world buildings collection. After missing out on the Taj Mahal (which sold out due to David Beckham), this Lego exclusive of London's Tower Bridge will keep me busy for several hours or at worst until my next trip to London. Although not the same, the retail product is similar to the Tower Bridge found in the Legoland amusement parks.

From the product description:

The set is available at Lego stores, the online Lego shop. The online price is $239.99. Prices in stores varies depending on location. The set is also available on amazon.com

. Let's justify this. It's cheaper than visiting the real thing in person.


Posted by The Hopeful Traveler at 6:33 PM 0 comments