The Six-Year Rise of One World Trade Center

One World Trade Center is now taller than the Empire State Building to become New York City's highest skyscraper even though it won't be completed until next year. Construction began in 2006 on the site of the original World Trade Center Twin Towers that were destroyed in the 9/11 terrorist attacks.

When it is completed in 2013, One World Trade Center will stand at 1,776 feet compared to the Empire State which towers at 1,250 feet. It will become the tallest building in the United States and the third tallest in the world.

EarthCam, an international webcam technology company, has a released a video of the construction site since 2006. The film has put together a video from time-lapsed photography using images taken every 15 minutes.

Posted by The Hopeful Traveler at 2:53 PM 0 comments

Worst Airports for Connections in the USA

Some people prefer to connect on a flight rather than flying direct because it breaks down what can be very long journeys. But connections also leaves open the opportunity for a delay or missed connection not to mention leaving one wondering if checked bags make the flight as well.

CNBC reports that several factors come in play: "Some U.S. airports have more late or missed connections than others, depending in part which airlines use them and where they're located. Some airlines are notoriously unreliable, and some airports are in cities that take regular beatings from bad weather."

The ranked airports were based on data from the U.S. Bureau of Transportation using statistics from worst records for on-time arrivals in 2011 and on-time departures covering 29 major airports (defined as serving at least 1 percent of total passengers boarding domestic flights in one year, excluding small airports). The report shows two figures, the first is the percentage of flights that arrived late and the second those that departed later than scheduled.

Regarding #1 ranked Newark, the report says: "When it comes to on-time arrivals, Newark Liberty International Airport has the worst record of any U.S. airport. A whopping one in three flights -- 33.28% arrived late. It also has the worst record for on-time departures, with 27.03 percent taking off later than scheduled.

In a 2011 article on the Consumer Reports website, the two most chronically delayed flights in the U.S. both originate from Newark. Both flights go to Atlanta during rush hour, both flights have an average delay of one hour and 21 minutes, and both flights delayed between 50 percent and 60 percent of the time.

To add insult to injury, Frommer's give this unkind assessment of the Newark airport itself, particularly Terminal B: "The airport's idiotically puts security before individual piers in Terminal A and B, which means that rather than having a whole terminal's food and shopping to entertain you, you're stuck on a single pier."

Posted by The Hopeful Traveler at 7:54 PM 1 comments

"Sandworm" Rises on the Beach in Belgium 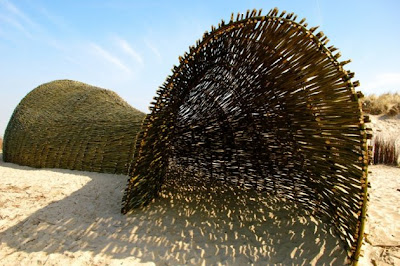 It's environmental architectural art as attraction. Called "Sandworm," the organic structure on the dunes of the Wenduine coastline in Belgium, is 45 meters long and 10 meters wide and constructed entirely out of willow. Finnish artist Marco Casagrande and his team of architects and local experts took four weeks to create what he dubs as "weak architecture" (a human-made structure that wishes to become part of nature through flexibility and organic presence).

In news reports visitors are saying that Sandworm is like a willow cathedral and offers a spectacle of light of shadow. The inside space is used for picnics, relaxation and meditation. Visit archdaily.com for more photographs and information. 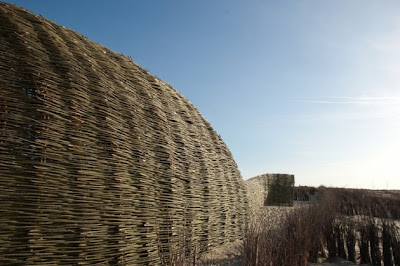 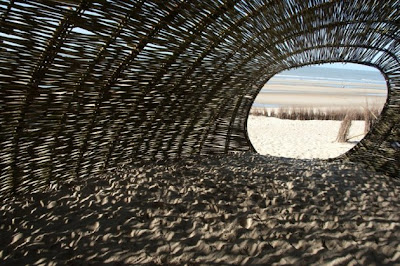 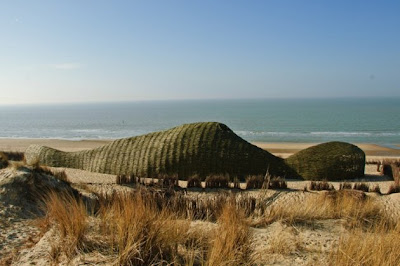 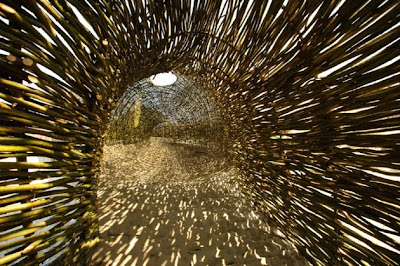 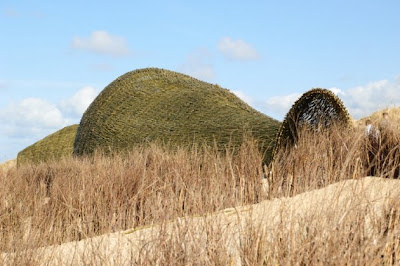 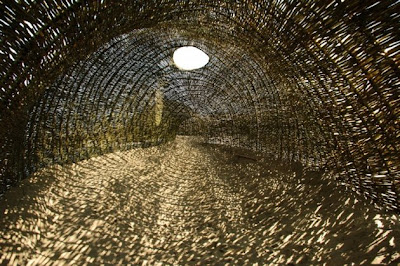 Posted by The Hopeful Traveler at 10:56 PM 0 comments 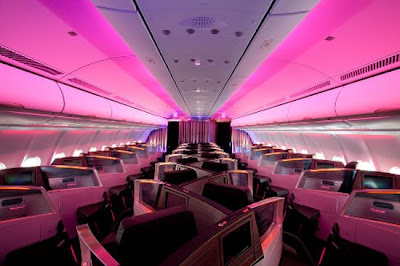 Sometimes a product seems so hip and now that it can't be ignored in the marketplace. It appears Virgin Atlantic Airways has found that product for its new Upper Class Suites that may be unrivaled in its design and look. Upper Class is the airline's premium business class product on their two-class Airbus A330 jets. 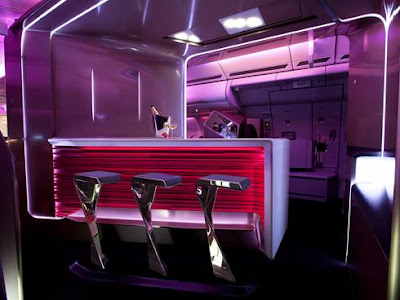 The futuristic onboard bar is now separate from the cabin giving passengers not wishing to socialize more privacy. The bar has new mood lighting but still have the Virgin Atlantic accents of red and Swarovski crystal.

Estimated roundtrip airfares from the carrier's website for a weeklong trip in May varies from a low of $3,988.20 for a restrictive ticket to a high of $10,470.20 for a fully flexible and refundable reservation for flight VS003 (Heathrow to JFK) and VS004 (JFK to Heathrow) that are offered six days a week. As the airline takes possession of more Airbus A330 planes in 2012, additional destinations will be added offering the Upper Class Suites. The seats will be added to their order of Boeing 787s in 2014.

Click HERE for an interactive tour. Visit virgin-atlantic.com for more information. Virgin-Atlantic Airways is owned by Richard Branson's the Virgin Group and Singapore Airlines and operates between the United Kingdom and North America, the Caribbean, Africa, the Middle East, Asia and Australia. 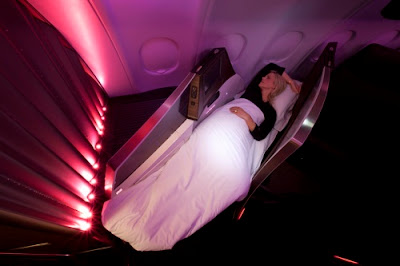 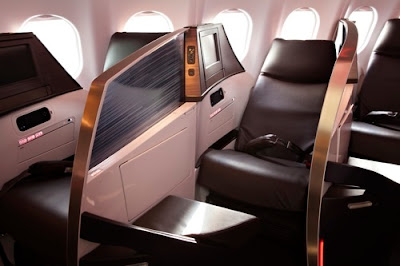 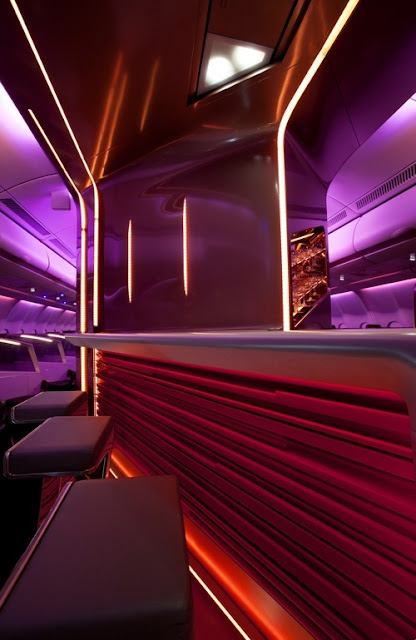 Posted by The Hopeful Traveler at 7:22 PM 0 comments