On The Boulevard: Tip the Costumed Crusaders

This is one of a series of posts called "On the Boulevard" about attractions on Hollywood Boulevard.

One of the obvious happenings on Hollywood Boulevard fronting the stretch between Grauman's Chinese Theatre and the Hollywood & Highland Center are the costumed performers offering to pose for photographs.

One important thing to know is these performers cannot ask for money for posing in photographs. They can be offered a tip for the service. Controversy due to tactics employed by some performers demanding money from tourists resulted in the boulevard being swept clean of performers in summer 2010 by L.A. police. By November, the costumed characters were allowed back on the street.

If you must take a photograph with one of these costumed characters, you may want to consider how well their costume is kept and made. Characters with detailed makeup rather than a mask obviously take their performance seriously. If you have children, be prepared that this may feel like Disneyland to them and the young ones will want a photograph with every favorite character they see. Finally be prepared to tip. There is even a flickr fan group that can give you some idea of whom you might see on the boulevard.

One of the more fun aspect are the characters who actually look very like the real celebrities. One that was particularly impressive is the Tom Cruise look alike costumed like the character Maverick from the film "Top Gun" complete with Ray Ban sunglasses. I've come to learn that the performer (Jerome Leblanc) has built a reputation on resembling Cruise. 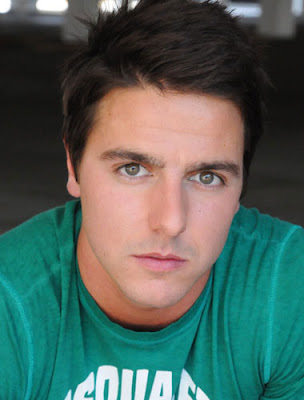 Posted by The Hopeful Traveler at 11:15 PM