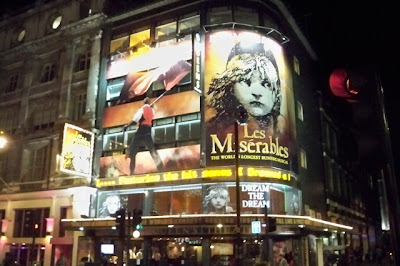 From the look of the glass-fronted five-story exterior it’s hard to believe the Queen’s Theatre was constructed in 1906. The original Edwardian Renaissance facade with giant Ionic columns was destroyed when German bombs fell on the Queen’s in September 1940.
The devastated theatre stood dark and deserted for almost 20 years as a sad reminder of the ‘blitz’ before it was restored in 1959 to the modern exterior that is seen today along with updated foyer and bars. However the opulent auditorium of red, white and gold still remains today.
With a seating capacity of almost 1,100 on three levels, the current tenant at the Queen’s is ‘Les Miserables’ and it appears to be ensconced here for an indefinite run. The theatre is named after Queen Alexandra. 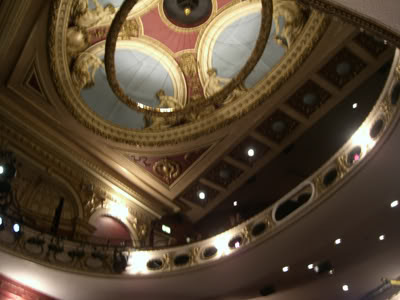 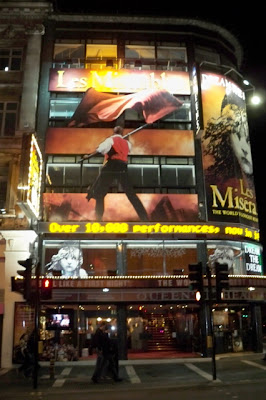 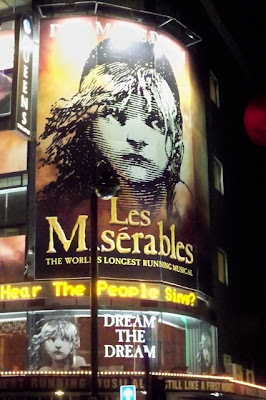 Posted by The Hopeful Traveler at 10:39 PM