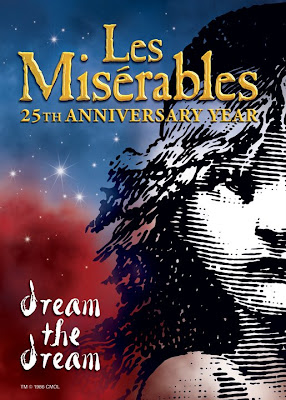 This Tuesday was left completely free from morning to night for a trip to Paris. Alas Paris will have to wait. Instead I attended 'Les Miserables' this time at the Queen's Theatre to see a different kind of performance from the British tenor Alfie Boe making his West End debut.

His casting is something unusual. First of all he is only playing the part for two weeks of performances. He completed one week earlier in September and two weeks later is performing a second week. The reason is the 25th anniversary of the original London production of ‘Les Miserables'. To celebrate, producer Cameron Mackintosh is presenting a concert version of the musical at the O2 arena featuring an all star cast. Boe is performing in the Queen’s production as part of the rehearsal period for the O2 concert. Also performing at the O2 concert is Nick Jonas of the Jonas Brothers as Marius and Broadway favorites, Lea Salonga as Fantine and Norm Lewis as Javert. British character actor Matt Lucas takes on the role of Thenardier and Ramin Karimloo, the Phantom of ‘Love Never Dies’, plays Enjolras.

Boe is a talent from the world of the opera. His performance in the American production of Baz Luhrman’s 'La Boheme' in San Francisco, New York and Los Angeles was praised. Lucky enough to attend two of his 'Boheme' performances during the 2004 LA run, what I saw was a performance and production of  ‘Boheme’ that I would call definitive and made for our time. I understand it made even tough New Yorkers weep.

There is one inherent problem with producting ‘Les Mis’. Because the musical requires such a large cast of supporting characters, sometimes the strength of the singing or acting wavers depending on the role. Until I saw the 25th Anniversary Touring production last week at the Barbican, it has been a while since I saw a production with a cast that was cohesive. 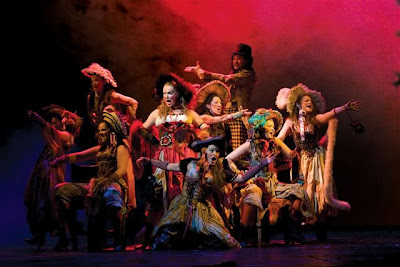 Norm Lewis, an American actor and also performing in the West End version before the O2 concert, as Javert is always a pleasure to see and hear. A voice so distinctive and moving you just want to hear more. For a sample, listen to "You Should Be Loved"

on the 'Side Show'

cast recording and it will stir your emotions. He also has a solo album "This is the Life"

on which his version of "Go the Distance"

Most of the cast performed up to standard with the only true weakness being the actor portraying Marius. I found his singing to be rather thin. There are some changes from when I last saw the show in London in 1998. It has since moved from the Palace Theatre to the Queen's and the set design bleeds into the boxes of the theatre and adds the use of some screen projections. The massive barricade and turntable staging are still present.

Otherwise Boe was in fine form controlling his operatic tenor into one appropriate for a West End production. I am always impressed when a performer can act out the roll with the perfect amount of emotion and still let us know each word that is sung. Boe invests himself in the role and there you have a generous performer. Definitely sorry I will miss his Valjean performance at the O2. 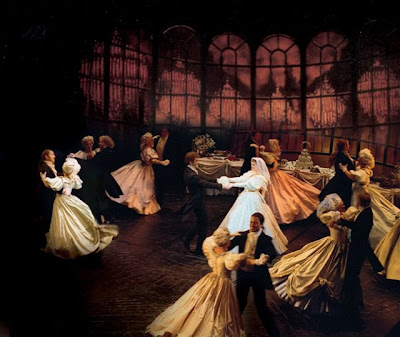 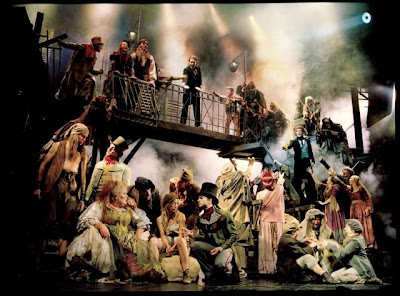 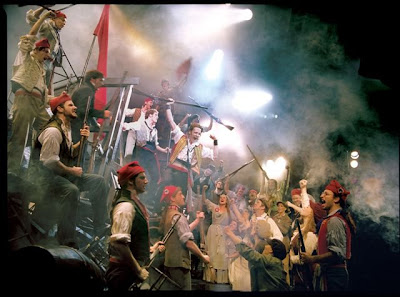 Posted by The Hopeful Traveler at 10:45 PM